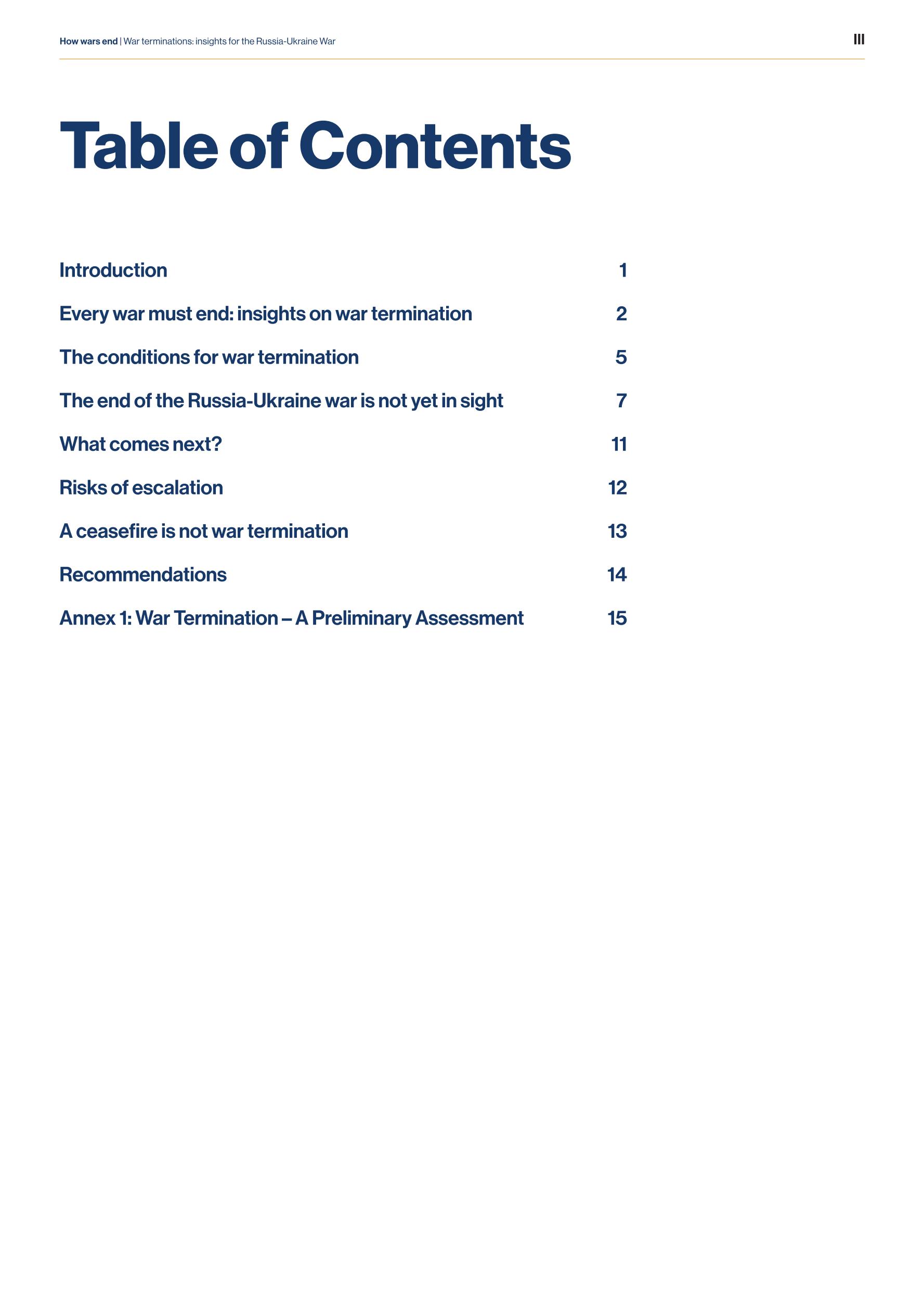 How do wars end? As the Russia-Ukraine war enters its third month, the fighting continuesunabated. Despite staggering military losses and enormous human suffering, the war’s terminationis not yet in sight. The Ukrainian people and their President Zelensky are determinedto defend their country. They even have hopes of pushing back the Russian forces to theirpre-war positions. Russia meanwhile seems intent on consolidating its gains and expandingcontrol over eastern Ukraine, and perhaps more. The outcome will no doubt be partiallydictated by how things turn out on the ground, in the open lands of the Donbas. But absent anydecisive Waterloo type of Battle, whether parties continue the war – or even escalate it – isdetermined by factors that transcend the battlefield, including their perceptions of prospectsof victory, military, economic and humanitarian costs, international and domestic pressure,and faith in any post war settlement. This note considers what we can learn from war terminationsin the past: how long they last, how they end, whether they relapse, what factorscontribute to their end, and what this implies for the Russia-Ukraine war.