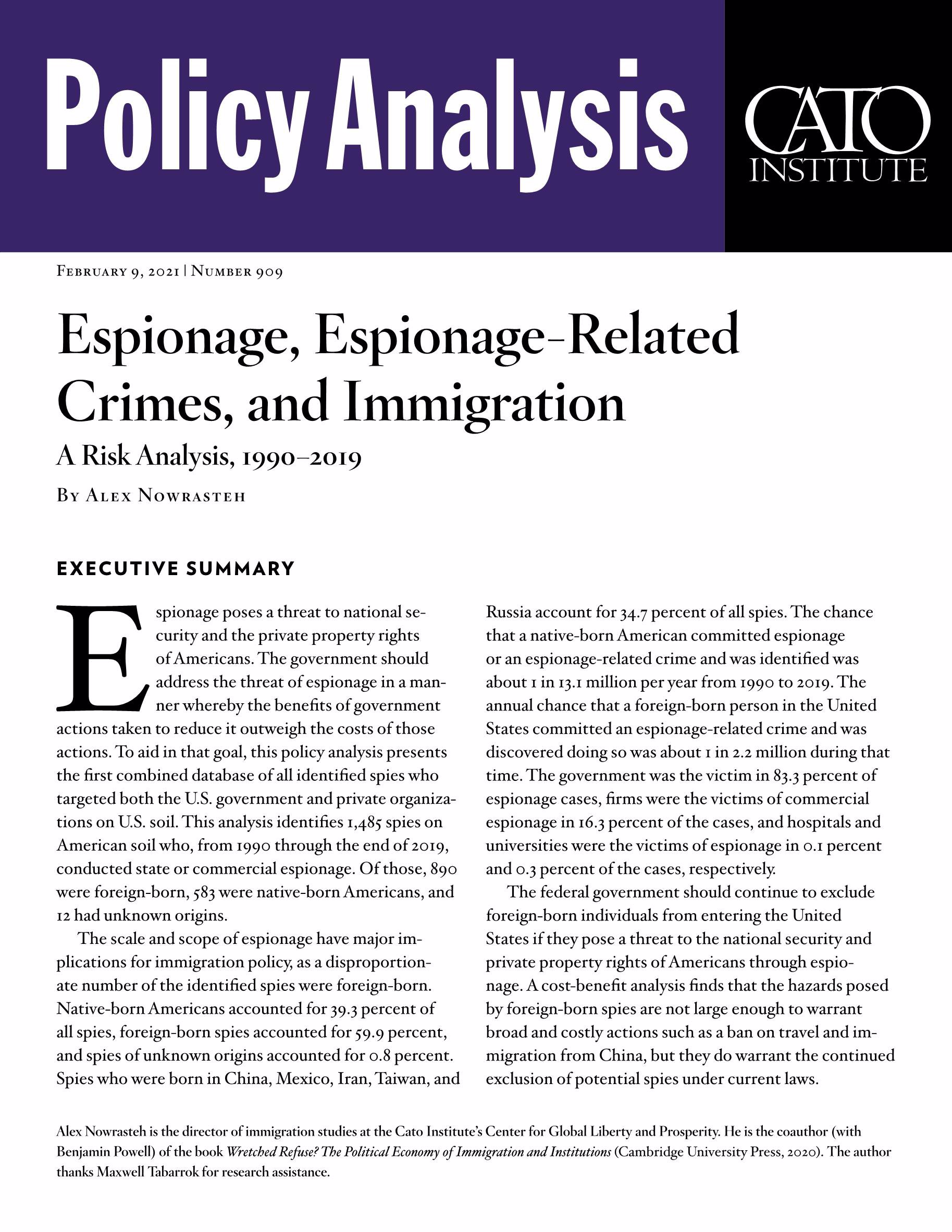 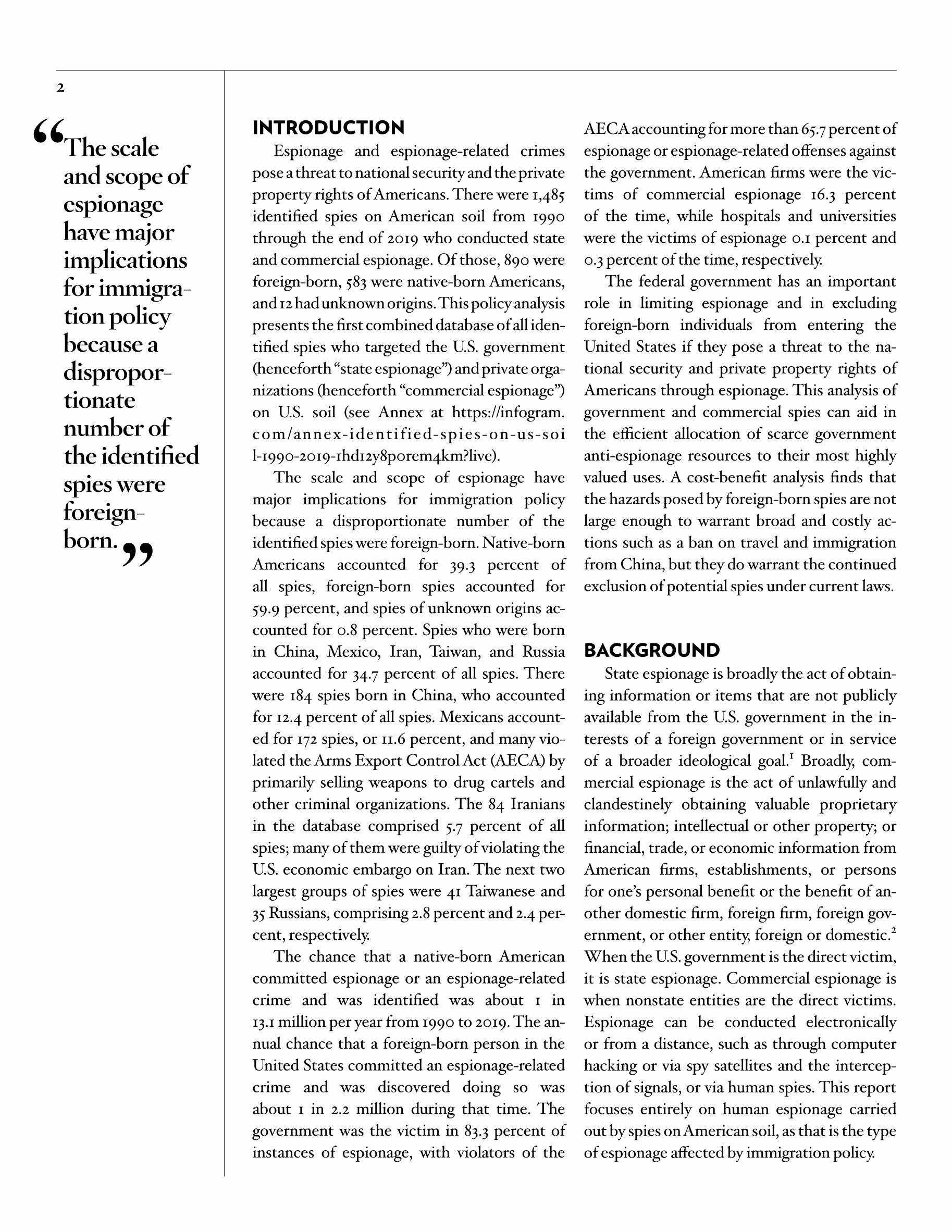 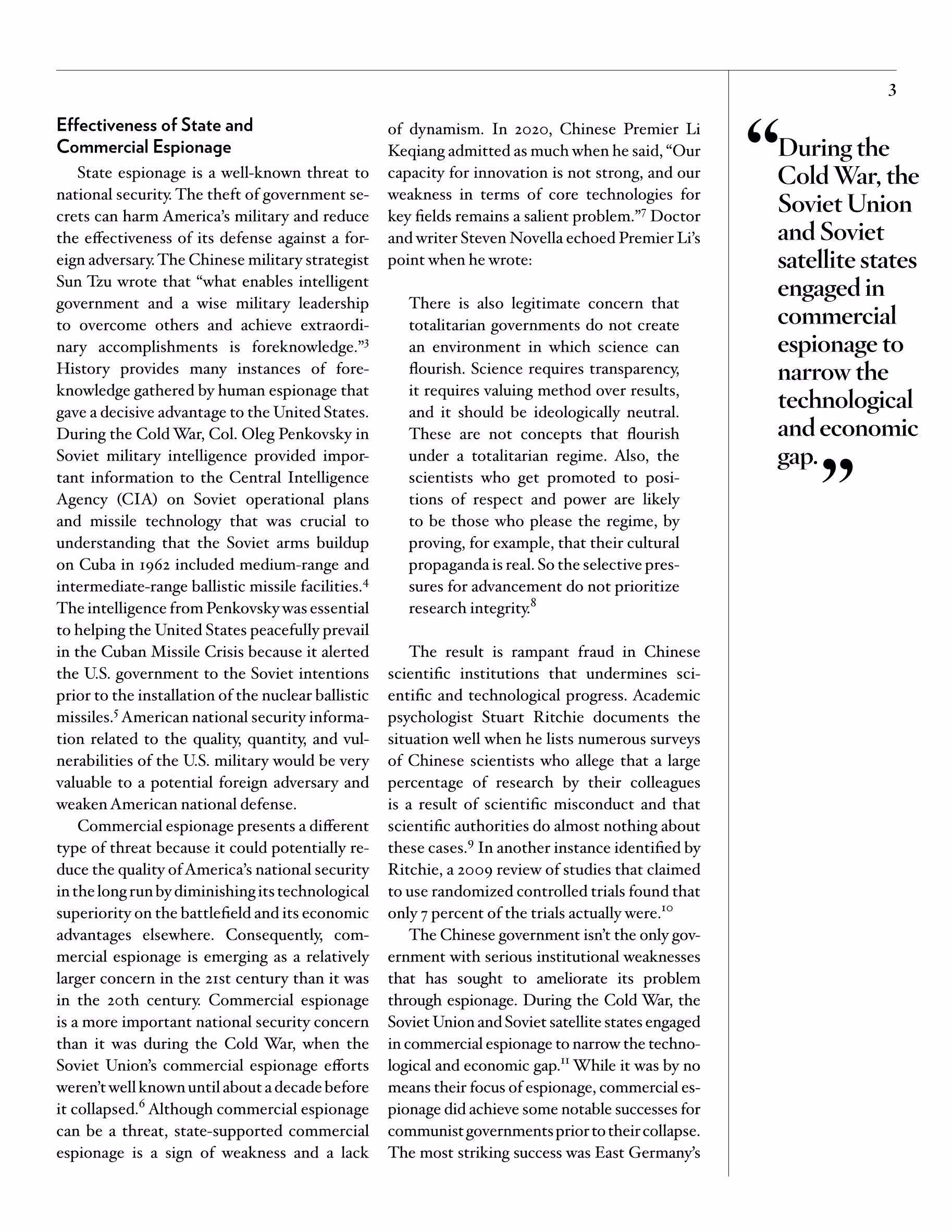 spionage poses a threat to national security and the private property rights of Americans. The government should address the threat of espionage in a manner whereby the benefits of government actions taken to reduce it outweigh the costs of those actions. To aid in that goal, this policy analysis presents the first combined database of all identified spies who targeted both the U.S. government and private organizations on U.S. soil. This analysis identifies 1,485 spies on American soil who, from 1990 through the end of 2019,conducted state or commercial espionage. Of those, 890 were foreign-born, 583 were native-born Americans, and 12 had unknown origins.

The scale and scope of espionage have major implications for immigration policy, as a disproportionate number of the identified spies were foreign-born. Native-born Americans accounted for 39.3 percent of all spies, foreign-born spies accounted for 59.9 percent, and spies of unknown origins accounted for 0.8 percent. Spies who were born in China, Mexico, Iran, Taiwan, and

Russia account for 34.7 percent of all spies. The chance that a native-born American committed espionage or an espionage-related crime and was identified was about 1 in 13.1 million per year from 1990 to 2019. The annual chance that a foreign-born person in the United States committed an espionage-related crime and was discovered doing so was about 1 in 2.2 million during that time. The government was the victim in 83.3 percent of espionage cases, firms were the victims of commercial espionage in 16.3 percent of the cases, and hospitals and universities were the victims of espionage in 0.1 percent and 0.3 percent of the cases, respectively.

The federal government should continue to exclude foreign-born individuals from entering the United States if they pose a threat to the national security and private property rights of Americans through espionage. A cost-benefit analysis finds that the hazards posed by foreign-born spies are not large enough to warrant broad and costly actions such as a ban on travel and immigration from China, but they do warrant the continued exclusion of potential spies under current laws. 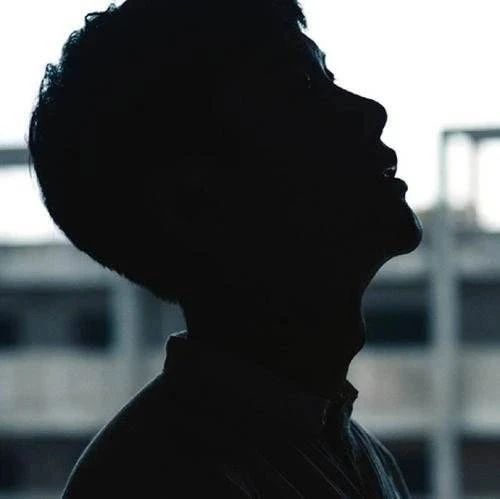