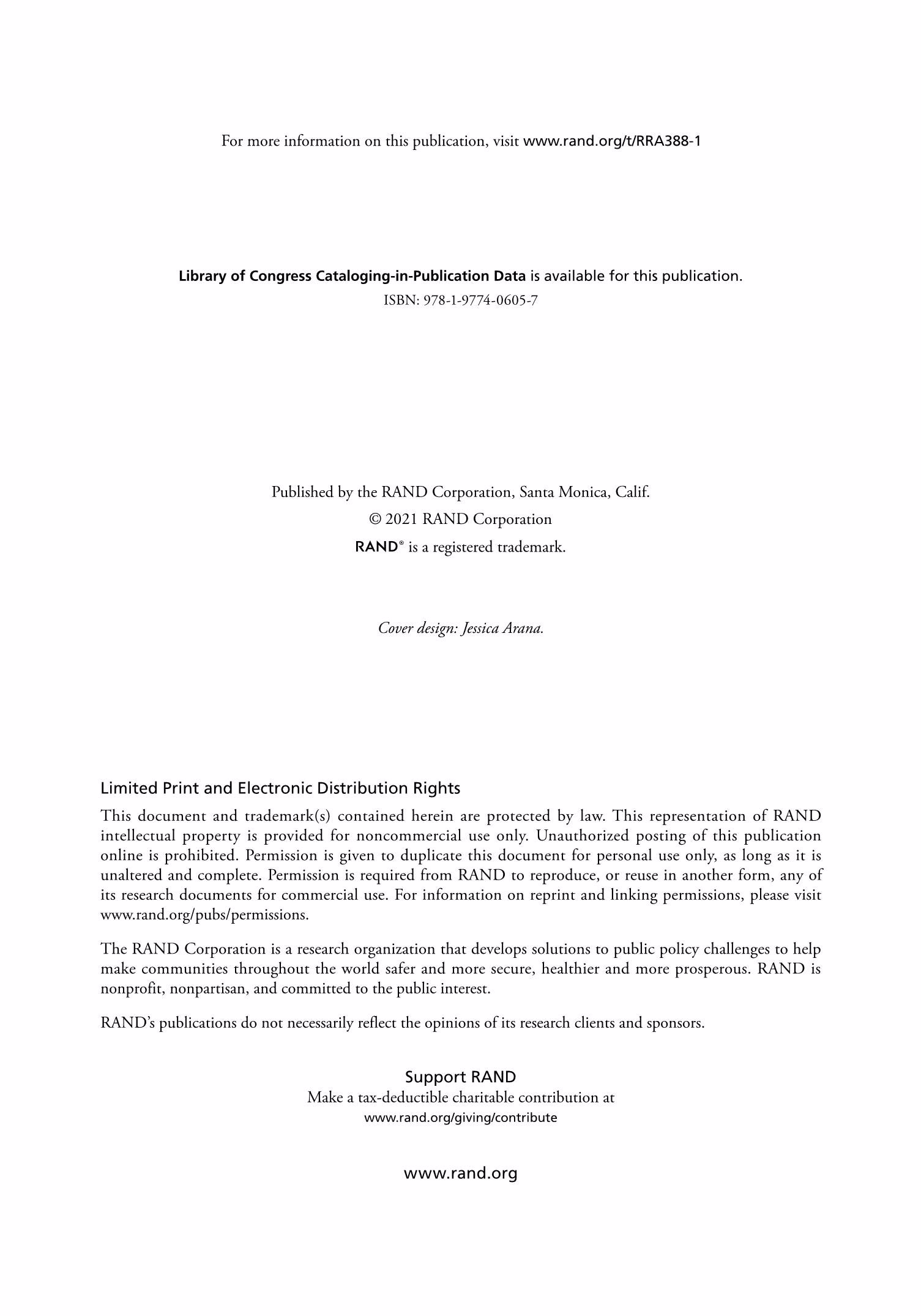 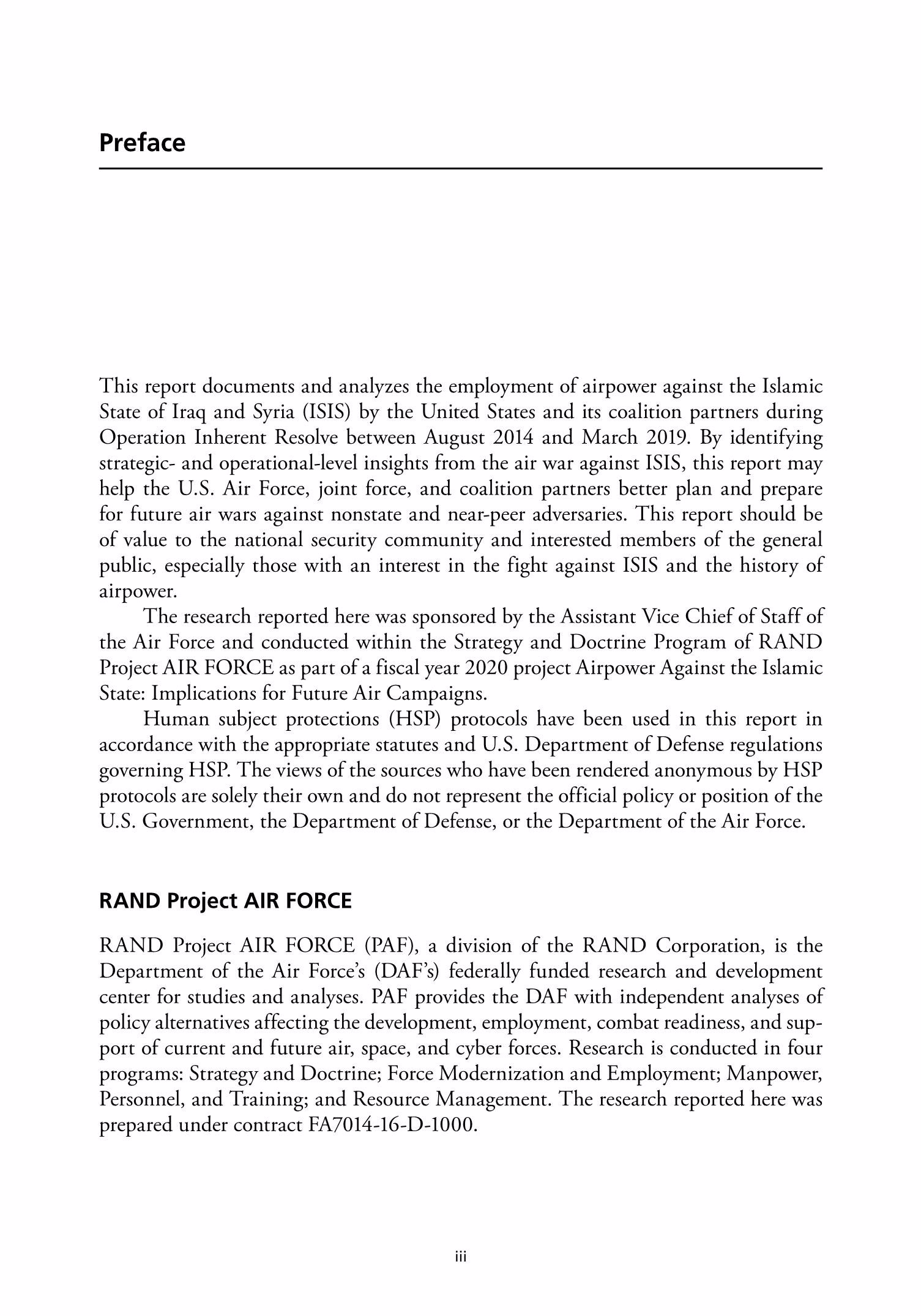 This report documents and analyzes the employment of airpower against the Islamic State of Iraq and Syria (ISIS) by the United States and its coalition partners during Operation Inherent Resolve between August 2014 and March 2019. By identifying strategic- and operational-level insights from the air war against ISIS, this report may help the U.S. Air Force, joint force, and coalition partners better plan and prepare for future air wars against nonstate and near-peer adversaries. This report should be of value to the national security community and interested members of the general public, especially those with an interest in the fight against ISIS and the history of airpower.

The research reported here was sponsored by the Assistant Vice Chief of Staff of the Air Force and conducted within the Strategy and Doctrine Program of RAND Project AIR FORCE as part of a fiscal year 2020 project Airpower Against the Islamic State: Implications for Future Air Campaigns. Human subject protections (HSP) protocols have been used in this report in accordance with the appropriate statutes and U.S. Department of Defense regulations governing HSP. The views of the sources who have been rendered anonymous by HSP protocols are solely their own and do not represent the official policy or position of the U.S. Government, the Department of Defense, or the Department of the Air Force.

RAND Project AIR FORCE (PAF), a division of the RAND Corporation, is the Department of the Air Force’s (DAF’s) federally funded research and development center for studies and analyses. PAF provides the DAF with independent analyses of policy alternatives affecting the development, employment, combat readiness, and support of current and future air, space, and cyber forces. Research is conducted in four programs: Strategy and Doctrine; Force Modernization and Employment; Manpower, Personnel, and Training; and Resource Management. The research reported here was prepared under contract FA7014-16-D-1000.