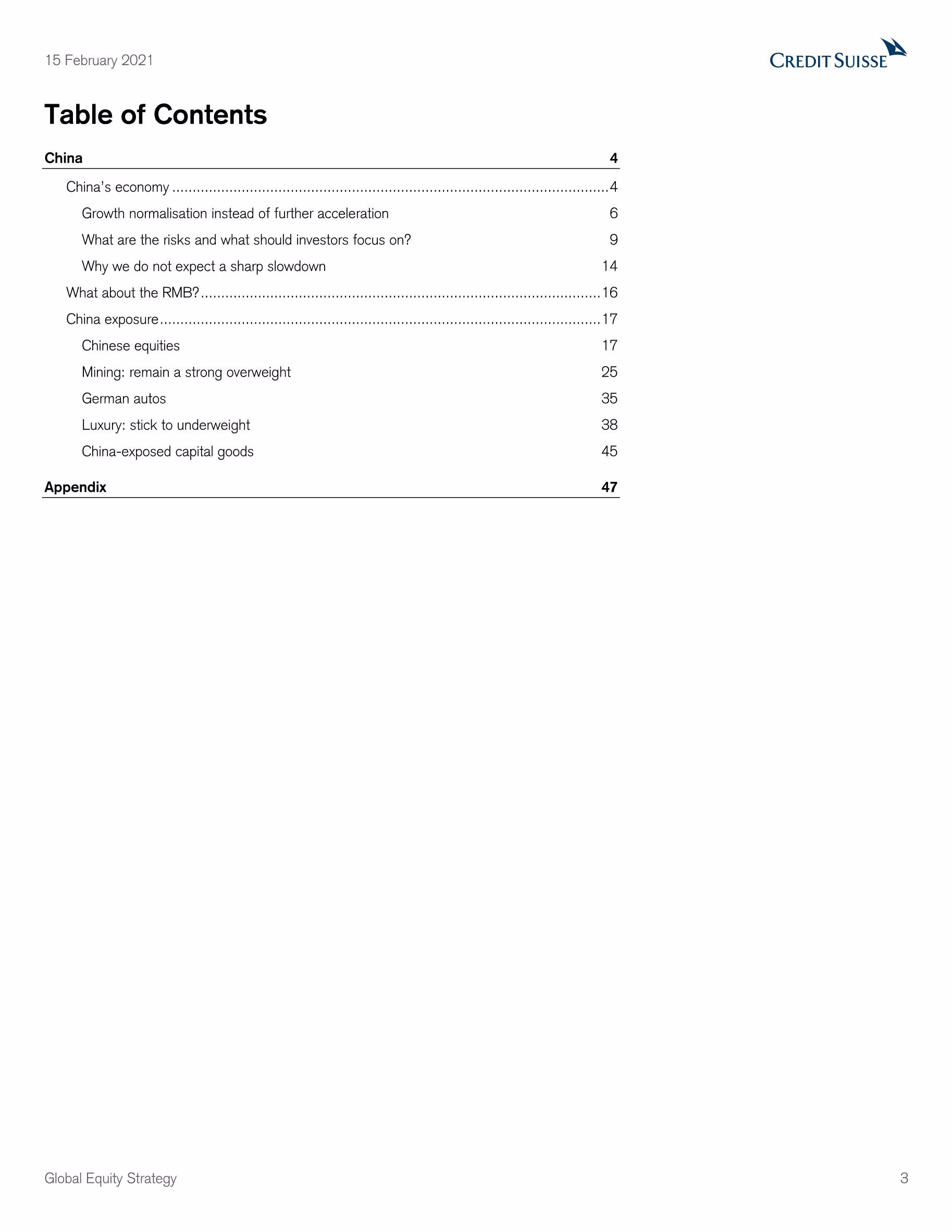 We have had very few clients ask us about China this year, despite the Chinese economy driving a third of global GDP growth over the past decade.

GDP growth at peak: CS economists forecast 7.1% GDP growth this year, 1.2p.p. below Bloomberg consensus. We see GDP peaking now on the back of policy ‘fine tuning’ (Q1 21 GDP will be +18% YoY on consensus numbers, PMIs have peaked, total social financing is slowing, and inter-bank rates have been guided up marginally). Around a quarter of GDP growth has come from the surprisingly large improvement in the current account, and this could reverse on opening up (as Chinese consumers travel overseas and the pandemic boost to exports such as household products slows). China has had a triple bubble (private sector debt to GDP is now 62p.p. above that of the US) and this has fed through to excesses in real estate and overinvestment. We are not worried about a ‘bust’ unless we see a sharp fall in house prices, persistent deflation or China becoming a net debtor. We are monitoring house prices and property developers closely.

China equities: move to neutral stance within overweight GEM portfolio: Falling PMIs and rising rates are normally a tougher backdrop. Excess liquidity (M1/nominal GDP) is now a negative, having been very supportive. The P/E relative to global markets is at an 11-year high (with dividend yields no longer clearly attractive against corporate bond yields). The areas of the market that have outperformed are unusually expensive versus peers, and relative earnings revisions have fallen sharply below the global market. Foreign investors no longer appear to be underweight. We do note that China equities are not yet in a bubble, and often tend to peak in one. Alibaba, Tencent (both Outperform) and Chinese banks still look inexpensive versus their global peers. Regionally, our focus shifts more to South Korea, Brazil and India.

Mining: stick to strong overweight: Mining ranks at the top of our composite scorecard. Unusually this time around, mining should be driven by the rest of the world opening up (we see DM capex rising 6% in 2021 and global IP rising to 10% by mid-year). FAI growth in China is forecast to be 14% this year (with excavator demand and land sales up strongly). Mining remains both an inflation hedge and a dollar play. Above all, we think investors have underestimated the sector’s (especially copper’s) green credentials. Valuation metrics (esp. FCF) are attractive on deleveraged balance sheets. Anglo American and Alcoa are rated Outperform.

Luxury: remain underweight: Luxury has been the best performing China exposure (with half of incremental demand from China). We worry that our proxy on China luxury demand has far overshot retail sales (with evidence that Asian luxury consumption benefitted from consumers staying at home). Underperformance of Chinese property developers normally signals underperformance of luxury. Taxing the wealthy (on both income and wealth) is likely to be a DM exit strategy (80% of President Biden’s proposed tax hikes fall on the wealthiest 1%) at a time when income and wealth inequality is becoming a social/political issue in DM. P/E relatives are at extremes and forward revenue growth estimates of 17% look ambitious to us.

Elsewhere: Kone and Schindler (both Outperform) look expensive but seem to be discounting a fall in China PMI and are inflation hedges. We also note that German autos are exposed to China (c40% of profits). 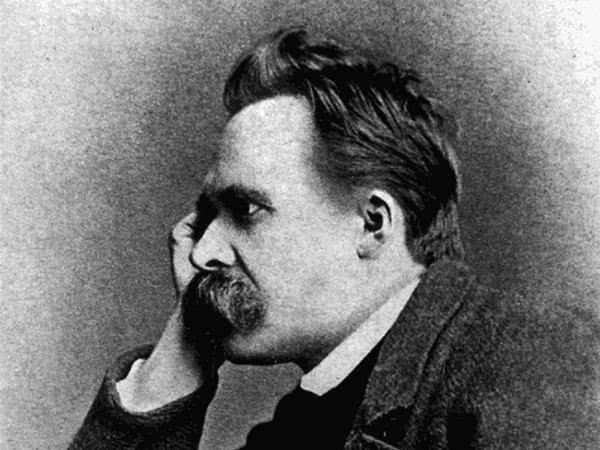