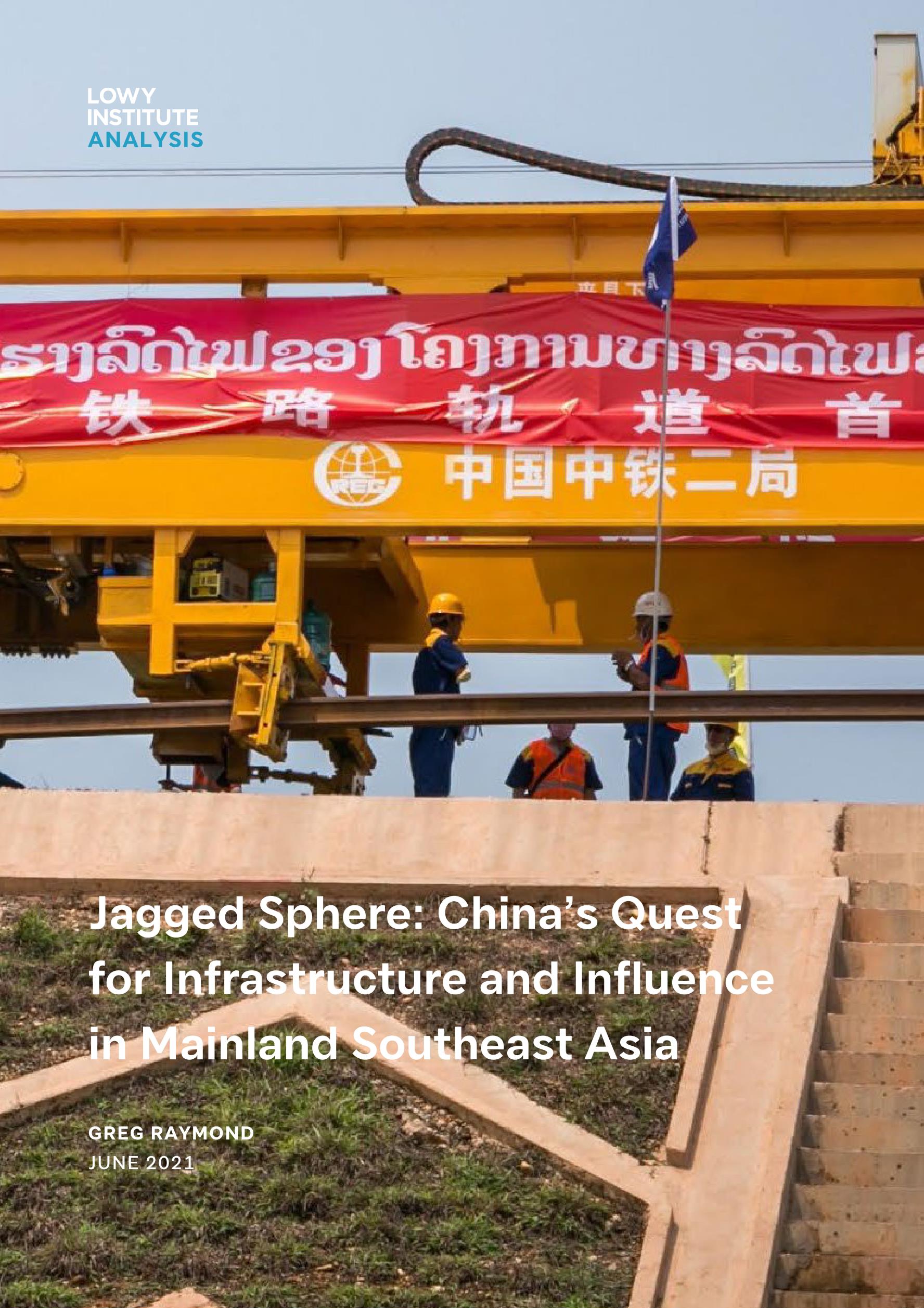 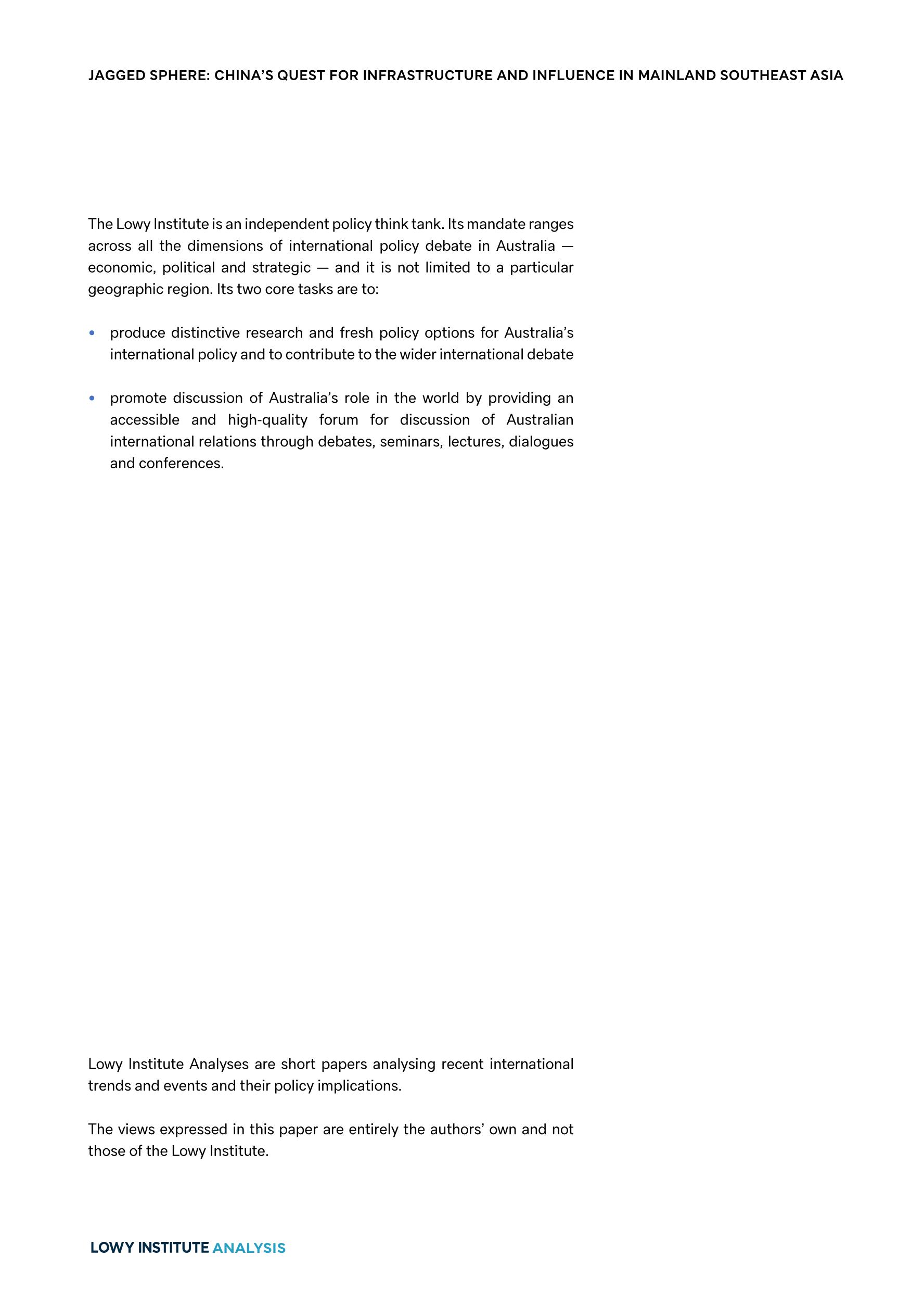 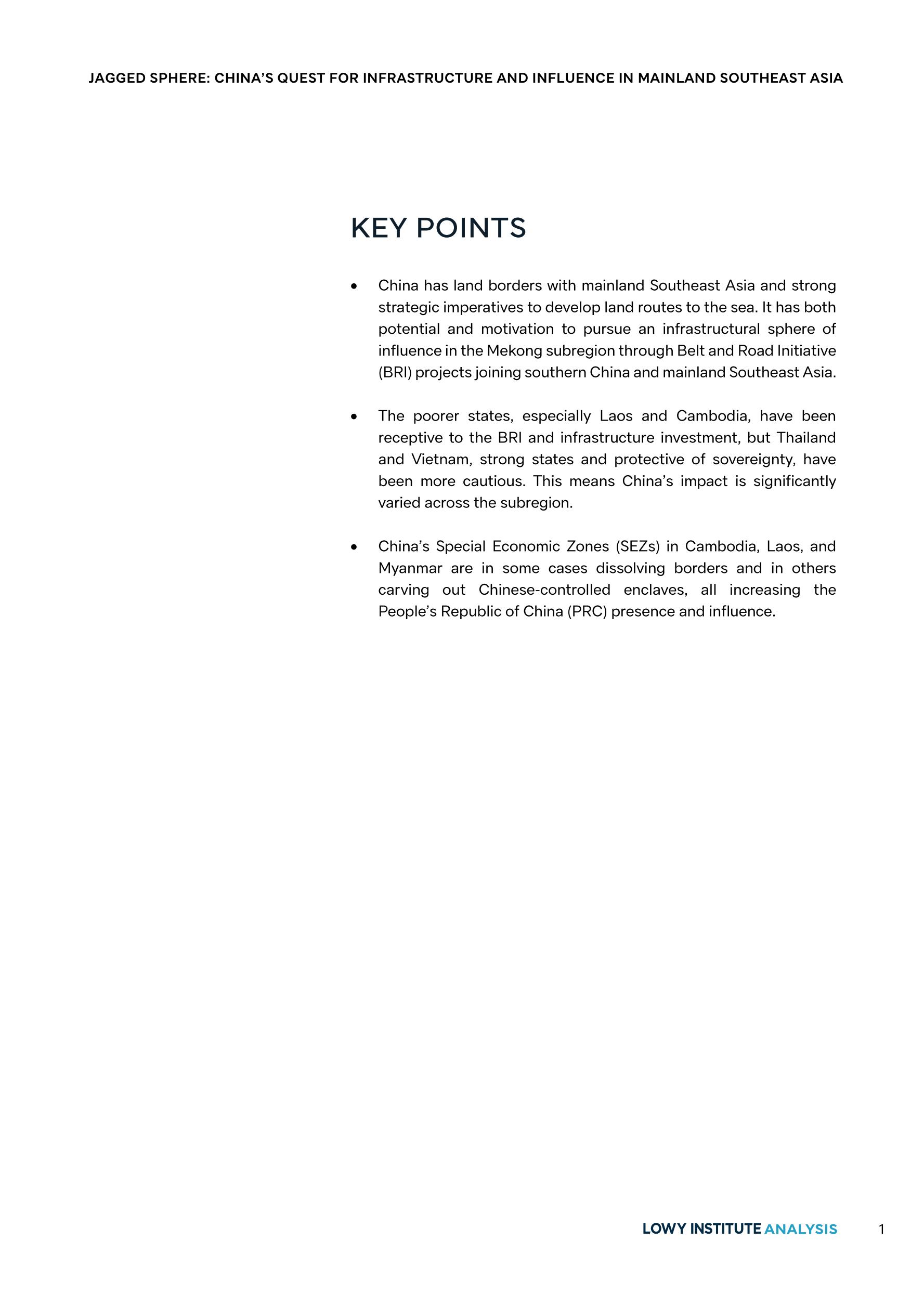 Mainland Southeast Asia is a region characterised by a vast asymmetry, between the state destined to become the world’s largest economy — China — and three of the world’s Least Developed Countries. This means the region risks being drawn into a Chinese sphere of influence. The connective infrastructure being developed across China’s borders and traversing mainland Southeast Asia has the potential to reshape strategic geography, as well as the regional economic landscape. Closely tied to state interests, China’s investment is carving out new transport routes to the sea — in the form of road, rail, and waterways —and establishing new nodes of control in the form of Special Economic Zones (SEZs).