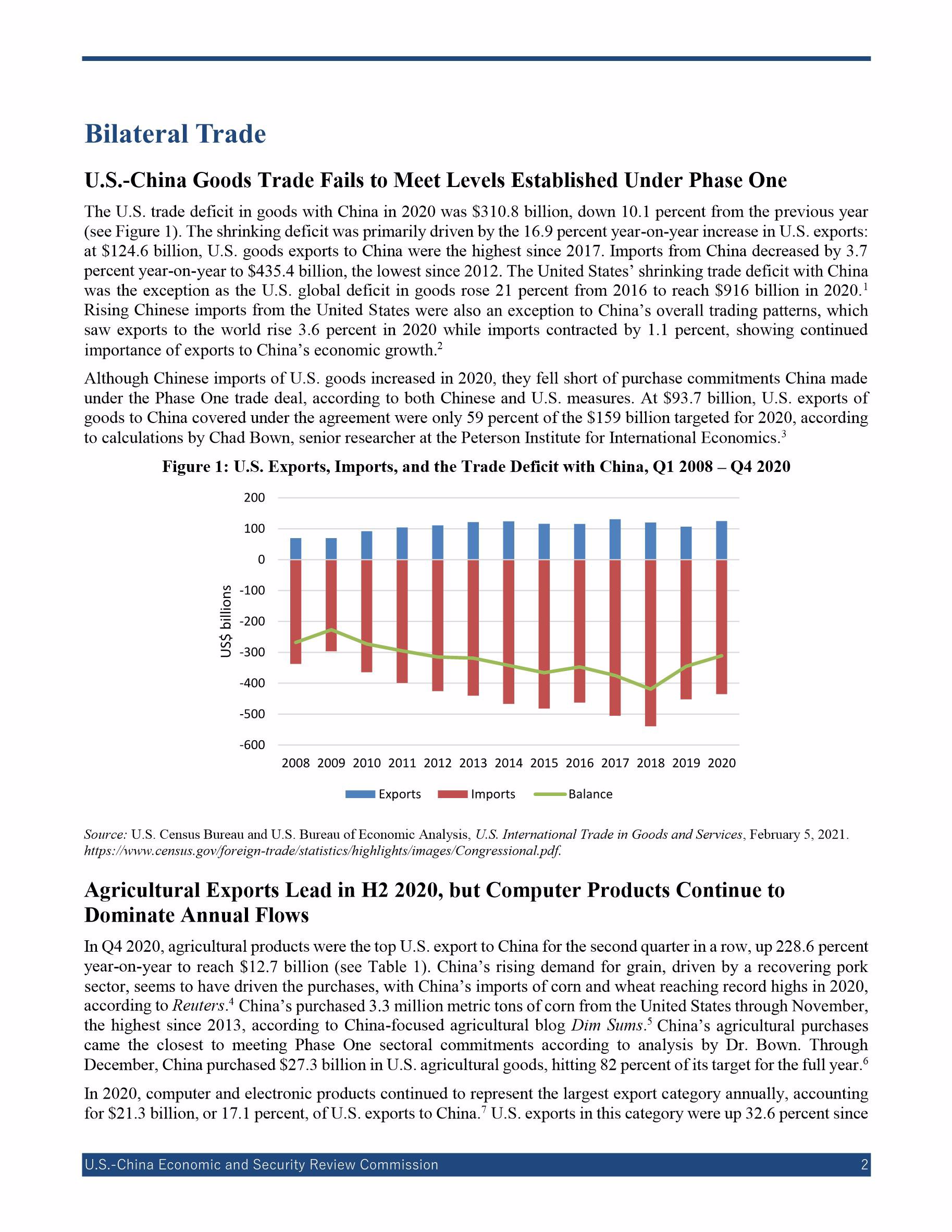 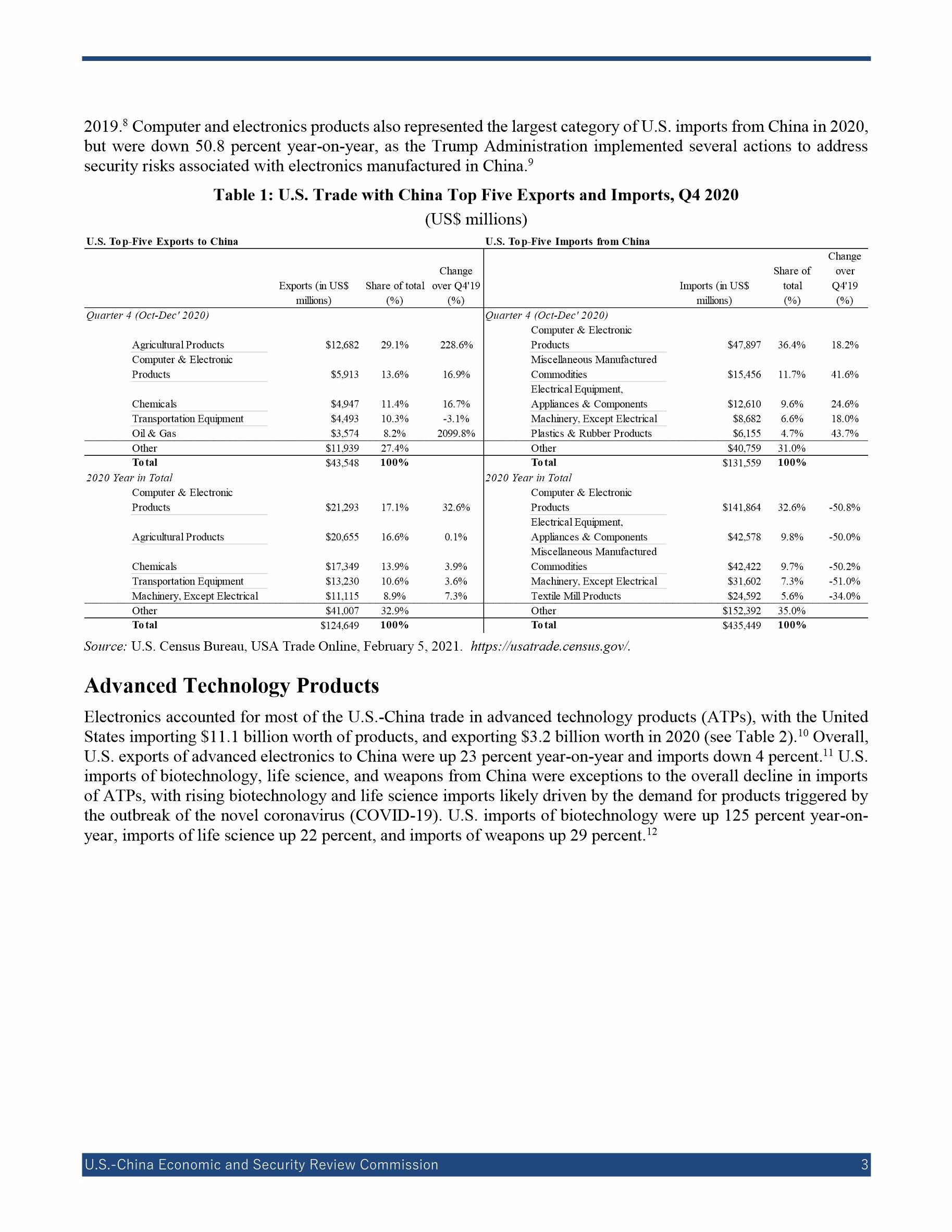 The U.S. trade deficit in goods with China in 2020 was $310.8 billion, down 10.1 percent from the previous year (see Figure 1). The shrinking deficit was primarily driven by the 16.9 percent year-on-year increase in U.S. exports: at $124.6 billion, U.S. goods exports to China were the highest since 2017. Imports from China decreased by 3.7 percent year-on-year to $435.4 billion, the lowest since 2012. The United States’ shrinking trade deficit with China was the exception as the U.S. global deficit in goods rose 21 percent from 2016 to reach $916 billion in 2020.1 Rising Chinese imports from the United States were also an exception to China’s overall trading patterns, which saw exports to the world rise 3.6 percent in 2020 while imports contracted by 1.1 percent, showing continued importance of exports to China’s economic growth.2

Although Chinese imports of U.S. goods increased in 2020, they fell short of purchase commitments China made under the Phase One trade deal, according to both Chinese and U.S. measures. At $93.7 billion, U.S. exports of goods to China covered under the agreement were only 59 percent of the $159 billion targeted for 2020, according to calculations by Chad Bown, senior researcher at the Peterson Institute for International Economics.3 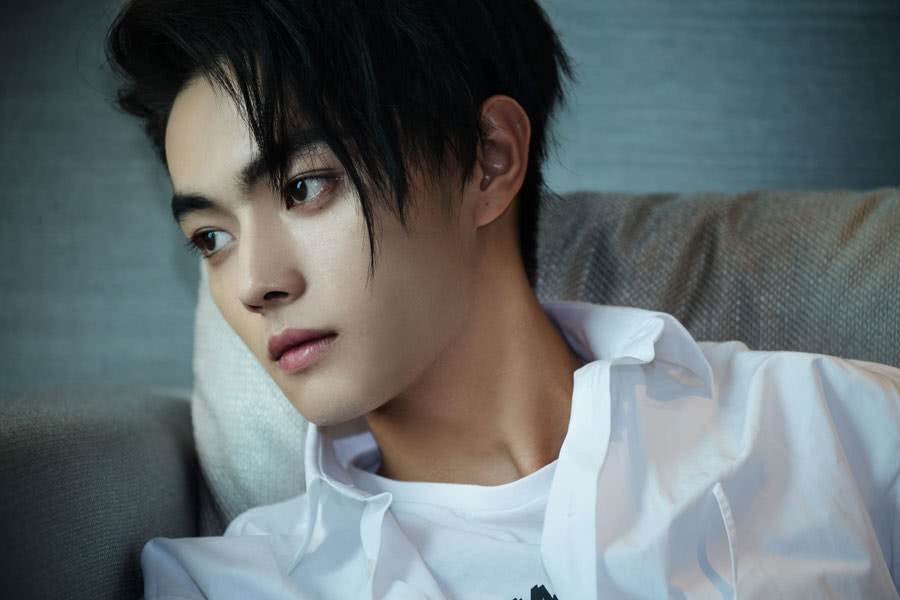